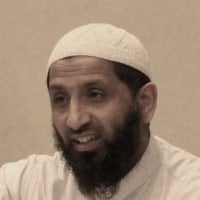 Shaykh Yunus Dudhwala is one of the leading Muslim healthcare chaplains in the UK. He is the Head of Chaplaincy and Bereavement Services to Barts Health NHS Trust, located in an area with one of the highest Muslim populations in the UK. He started providing spiritual care to patients on a voluntary basis in 1998, prior to his appointment as the first person from a minority faith to head a chaplaincy service in the NHS. He is a regular trainer on national chaplaincy courses and was elected to the Council of the College of Healthcare Chaplains in 2003. He has served as a mosque Imam in Seven Kings, Essex and East Ham, London and also worked as a full-time Imam at the high security Belmarsh prison. Shaykh Yunus is originally from Blackburn and a graduate of Darul-Uloom, Bury and Al-Azhar University, Cairo. He is a frequent speaker at Islamic events and youth meetings. Shaykh Yunus was also the Healthcare Hero/NHS Employee of the Year 2010 at the HEAL Awards (Healthcare, Excellence and Leadership), hosted by 24/7 Media Group.