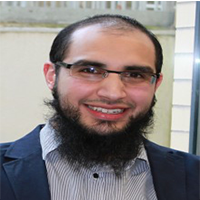 Shaykh Abbas is an Islamic Scholar who has graduated from the renowned Islamic Seminary, Darul – Uloom Bury (UK). He has further managed to obtain a BA (Hons) in Interdisciplinary Human Studies from the University of Bradford which explicitly combines the established arts subjects of Philosophy and Literature with the newer social sciences of Psychology and Sociology. Having specialized in the discipline of Philosophy he subsequently pursued an MA in (Analytic) Philosophy of Religion at the University of Leeds.